Another Addition to the Primal Playground File: Hawaii!

Hello folks!  Once again it’s been a long time since you’ve heard from me!  Life’s a little different as I write this: first, typing is weird with a hunk of metal on my left ring finger; second, I no longer have to refer to LL as my fiancé (so sick of that word!), and third, I’m sporting a decent tan in November!

Two weeks after landing back in the continental US, I’m ready to recap the physical adventures of our honeymoon (Editor’s note: probably should’ve worded that a little different for those whose minds are in the gutter!).  Anyway, I was completely in my “Hawaiian Glory” out there in the Pacific!  Here are the highlights:

Open Water Swimming – it’s harder to do late in the season in the increasingly frigid waters of New England.  So I took full advantage in the warm and clear Pacific.  My best guess is I did about 5 miles over the course of the 12 days in Maui and Oahu.  By the end of the trip my form was solid and I was feeling smooth.  The coolest part was swimming with the fishes (jk) and sea turtles! 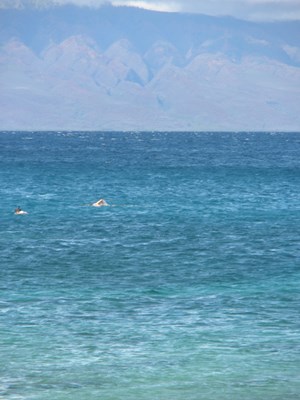 Hiking/Rock Climbing/Cliff Jumping – plenty of opportunity out there.  In Maui we did a bunch of spots on the road to Hana.  While near the resort in Ka’ anapali I got to do a little swim/rock climb/cliff dive combo at Black Rock!  In Oahu, we did Diamond Head Crater along with about 1000 other tourists, found a rope swing on the Judd trail outside of Waikiki, and a ton of urban hiking in Waikiki. 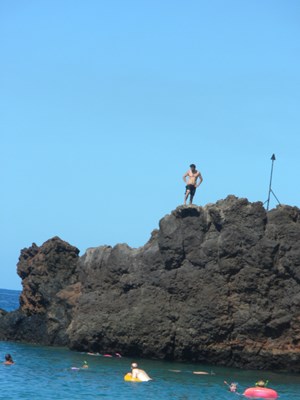 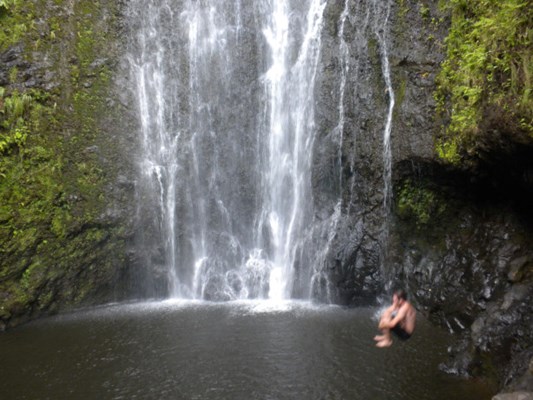 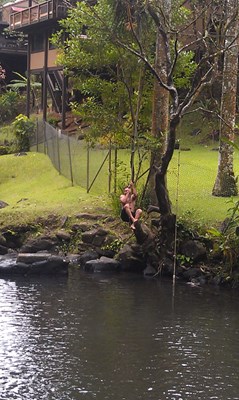 Tree Climbing – if you’ve followed this thing then you already know that climbing is my favorite activity!  Due to the scarcity of coconuts on public property, I ended up mostly ascending banyan trees, fake pineapple trees, and a few others.  These were all very smooth and relatively easy, therefore no scratches, scrapes or wounds to report! 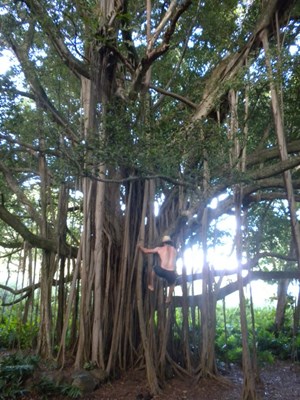 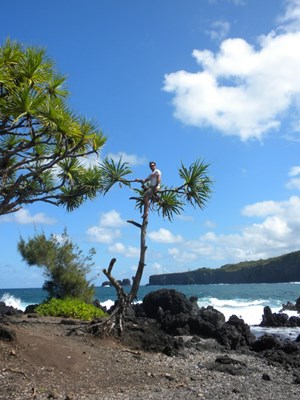 Kayaking – A candidate for highlight of the trip was our tandem journey to the Mokes!  We paddled about 1.5 miles from a spot North of Lanikai beach to get to an island home to only birds!  Heading out was pretty challenging as we were against the tide and wind.  Thankfully we made it out there mostly dry and without any harsh verbal exchanges!  I’ve always been reluctant to go tandem on any sort of land or sea mode of transport but we stayed in sync for the vast majority.  Upon arrival we explored the island and found a beautiful picnic spot near “Queens Bath.” 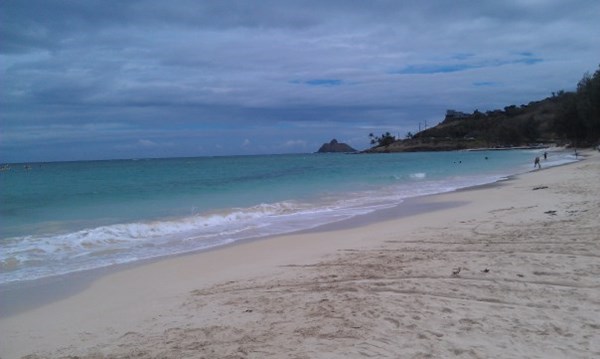 Standup Paddleboarding – my first experience with this was a little harder than anticipated.  Definitely demands the lower body stabilizers as well as the paddling muscles.  It was so much fun that once was not enough!  On our last day, I went for a last minute session right before we got picked up to go to the airport.  It was fitting that I boarded the plane with parts of Waikiki Beach stuck to my legs!  Unlike Puerto Rico however, no sea urchins came with, just sand!

In conclusion, this was the best vacation I’ll ever take!  Appropriately enough, the song below played on the radio as we were cruising the road to Hana.  Aloha!

Oddly enough, they were renovating the Elephant Exhibit at the Honolulu Zoo while we were there!  One of them was repeatedly throwing a huge branch at the wall to get free.  This was not a cool scene but by now he’s probably much more comfortable.

Great post, well play can be confusing for us adults; it is either seen as frivolous, deemed as foolish, or blanketed as childish activity related to relieving boredom with no well-defined goals. Adults often judge play as an unnecessary task even for their children.