From the “there’s nothing better than a RI summer” department comes the annual Save the Bay Swim.  This year it started earlier than normal so LL (aka the trooper) and I rose hours before the sun, picked up my Dad (aka the navigator), and drove to the starting line at Newport.  After a tuneup by Dr. Gary, slipped on the wetsuit and headed west for Jamestown.

I consider this to be an “actual fun” event done for the experience/cause while putting the competitiveness aside.  I learned of the swim five years ago after my first real open water swim experience at the Barrington Town Beach.  I was at a triathlon clinic for beginners and after a brief intro, the group swam the 1/2 mile leg of the sprint triathlon course.  I will never forget that day: I hadn’t swam since I was a kid but I thought a 1/2 mile was no big deal.  Ha!  After roughly .05 mile I couldn’t get any air, my neck was killing me, and I thought I was going to drown.  1/4 mile later I quit and basically doggie-paddled into shore.  While standing on the beach dripping with humility, I could see a lot of comotion in the distance on the Bay.  It was a bunch of crazy people doing the STB swim.  “Never!” I thought to myself.

Fast forward one year, a few swim classes, and a lot of chlorine ingestion; and I completed my first swim.  At the time I was in the thick of training for a 1/2 ironman and finished the swim with relative ease.  Did so again in 07 and 08 during my endurance-obsessed years.  Last year a wedding interfered with the plans so, once again, I went into this event with minimal training under my belt.  (As a quick aside, I post every WOD I do on this thing.  I’m not hiding any pool time, long bike rides or 5 mile runs.  What you see is what it is…not that much)  So the 1.7 mi open water swim was my 3rd open water swim of the year and by far the farthest I’ve swam in 2 years.  How’d it go?

The same as always (actually set a PR by 20 seconds).  I really don’t do this for time so I end up truly enjoying it more than any other event.  I always stop in the middle, hand out with my Dad, and take in the scene of a thousand flailing arms splashing in the water with the Newport Bridge in the background.  I did a little more stopping this year due to some leaky goggles.  As we reached the point in Jamestown about 3/4 of the way, I kicked it up a notch and finished strong; only because I got into a really nice rhythm and wanted to see if I could mainain my POSEtechnique at a higher speed.  Overall, this is just another instance that affirms the Primal way.  No need for marathon pool sessions anymore!

PWO – breakfast in Newport, hanging out on the beach for a little while, thrashing some waves for the first time this year.  Valuable lesson learned that day was not to surf in a lined bathing suit during red tide.  And that’s all I’ll say about that.  Here are a few scenes from an awesome Saturday. 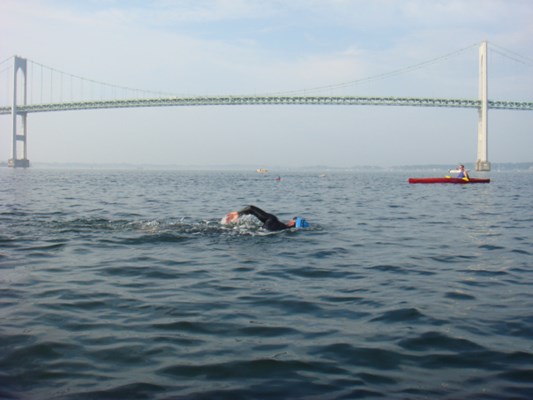 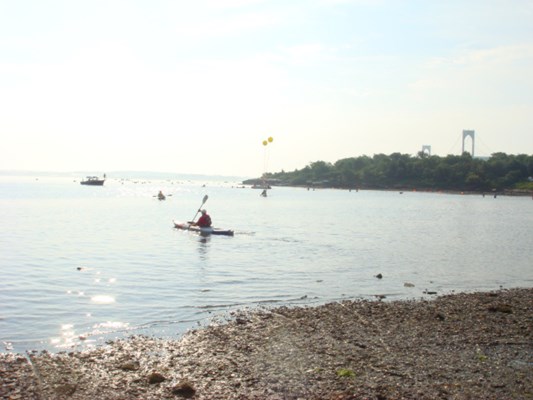 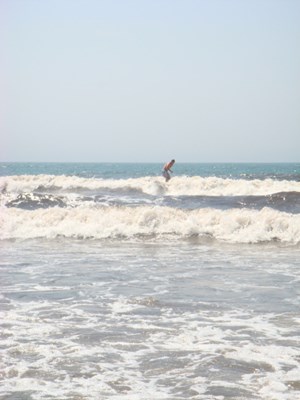